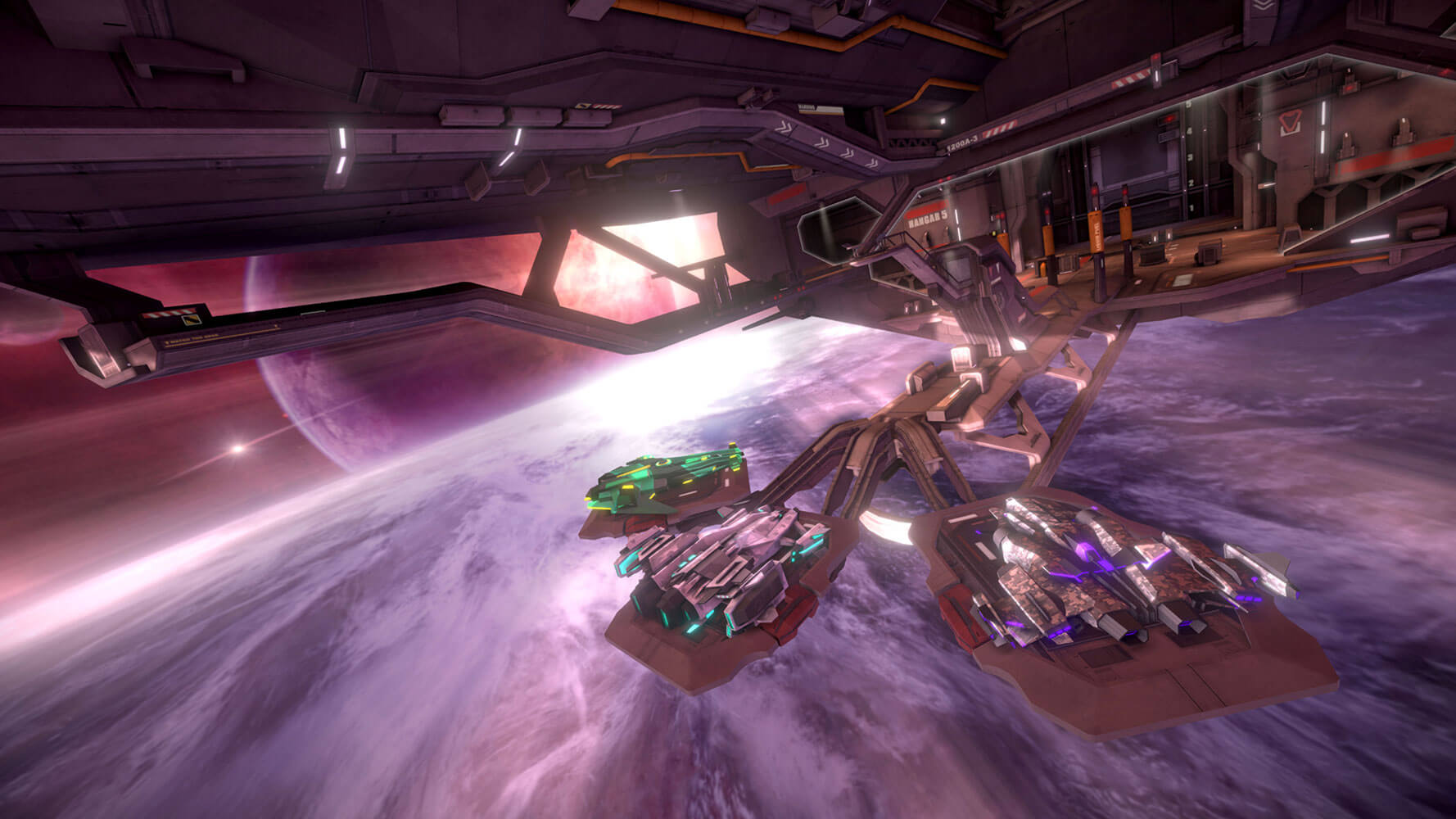 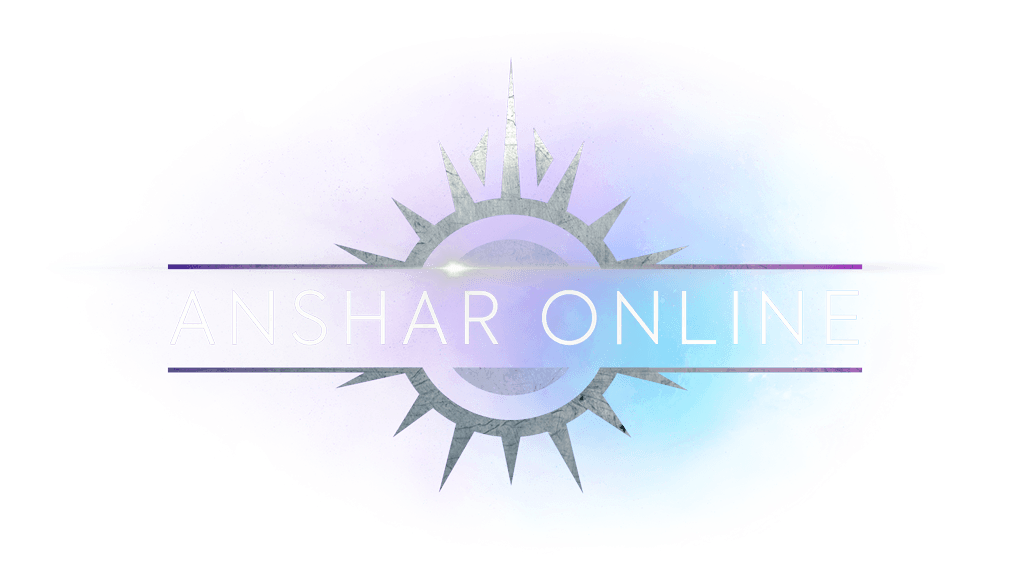 Within Anshar Online you can play as one of three ship classes: Fighter, Tank or Engineer.
Each player starts out as a fighter, while other ships can be purchased using in-game credits that you can obtain in regular gameplay.

Each ship serves a specific purpose and has its own set of primary weapons, and secondary weapons that are available on a cooldown. Each weapon has its own functionality and abilities. 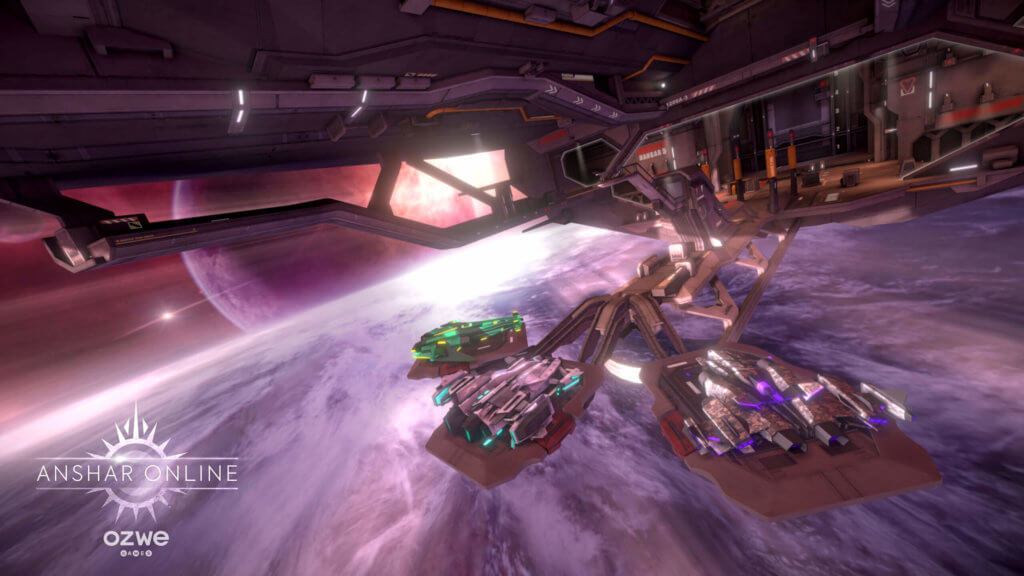 The Cobra Fighter is a nimble ship whose primary objective is to engage in combat and ferocious dogfights. Its primary weapon is a heavy laser blaster, repetitively launching laser projectiles at the enemy.

Available on a cooldown, the secondary weapon is a homing missile. Lock on to your target and fire the missile, leaving your opponents with little room to escape this intelligent projectile.

The Scorpio Engineer is your go-to ship if you’re looking to keep your teammates alive. Its primary weapon is a light laser blaster. While not dealing as much damage as the fighter’s heavy laser blaster, it still deals enough damage to warn your opponents.

And in case you need some healing yourself, fire the weapon without targeting anyone, and you’ll be able to heal yourself, allowing you to stay in the fight that bit longer in support of your team.

The Vindicator Tank is your ally if you’re looking to deal significant damage or to divert your enemy’s attention away from your more fragile teammates. This sturdy ship comes with an impressive continuous laser beam as its primary weapon, locking on to enemy targets and dealing significant damage.

If the attacks are particularly numerous or in case your teammates are in trouble, your secondary rocket barrage weapon is there to help you out. Damaging all entities in its range, and taking out all missiles, the barrage also provides a safe haven for your allies. Be careful though, firing a barrage like that is a sure fire way to attract your enemy’s attention.

All ship classes by default have a decent set of options to battle your way through various missions, or to take on other players in PvP battles and races.

But the fun doesn’t end there. Your ships can be customized by mounting looted equipment, unlocking various specialization upgrades, or by selecting the one special ability which gives you the edge over your opponents. 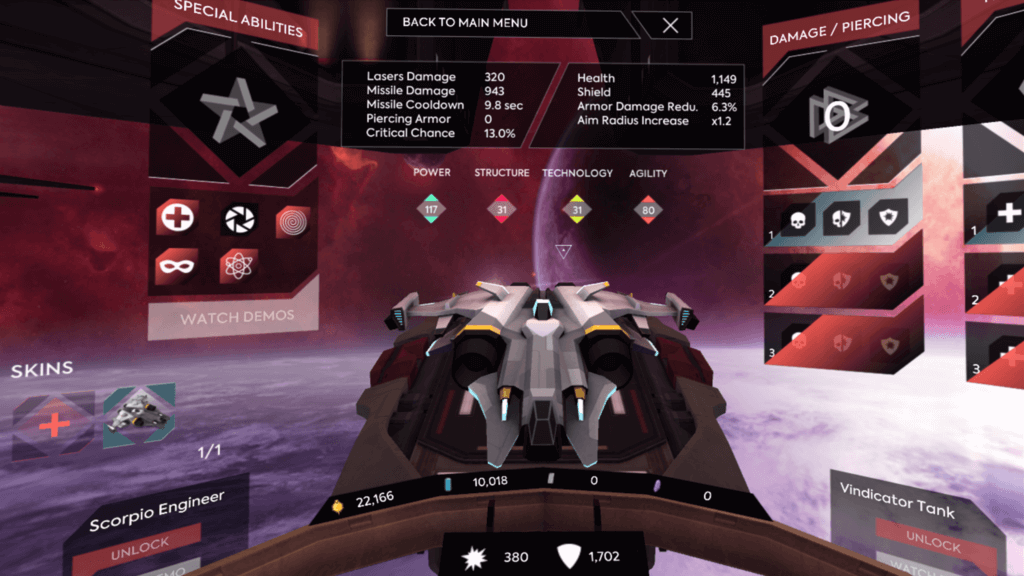 In Anshar Online you can increase your ship’s abilities with special technology you can loot by destroying enemies. Looted equipment gives you potent bonuses for your ship, such as increased damage or armor.

There are 3 kinds of equipment for your ships, the droid, control interface and power source. 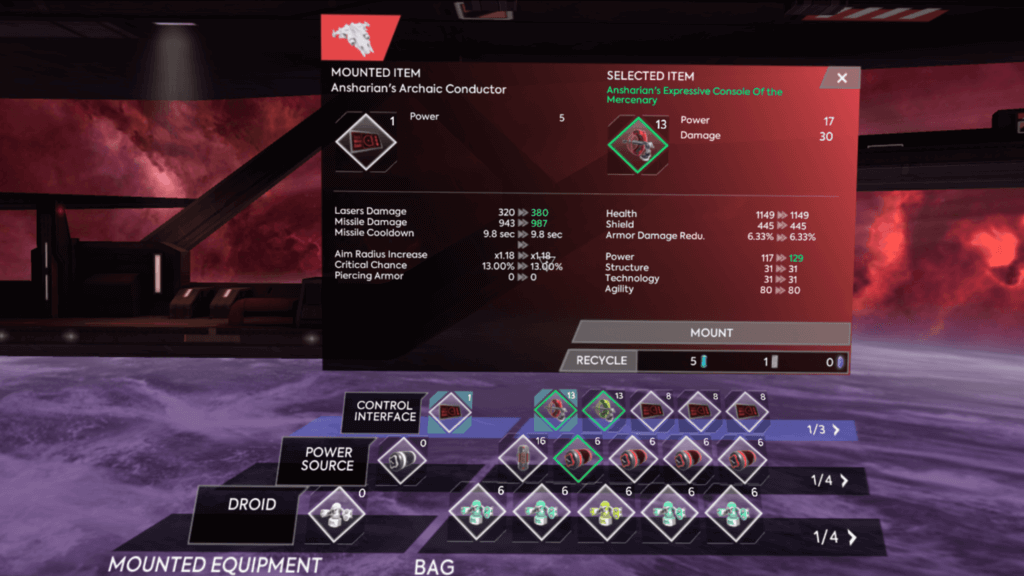 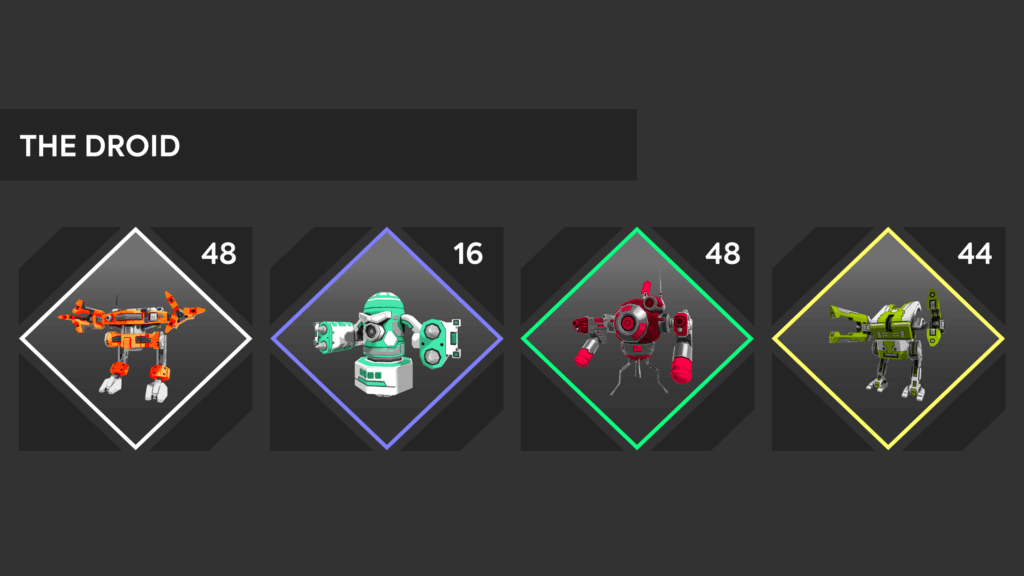 This piece of tech prevents your ship from being damaged by managing shield power and trajectory calculations. 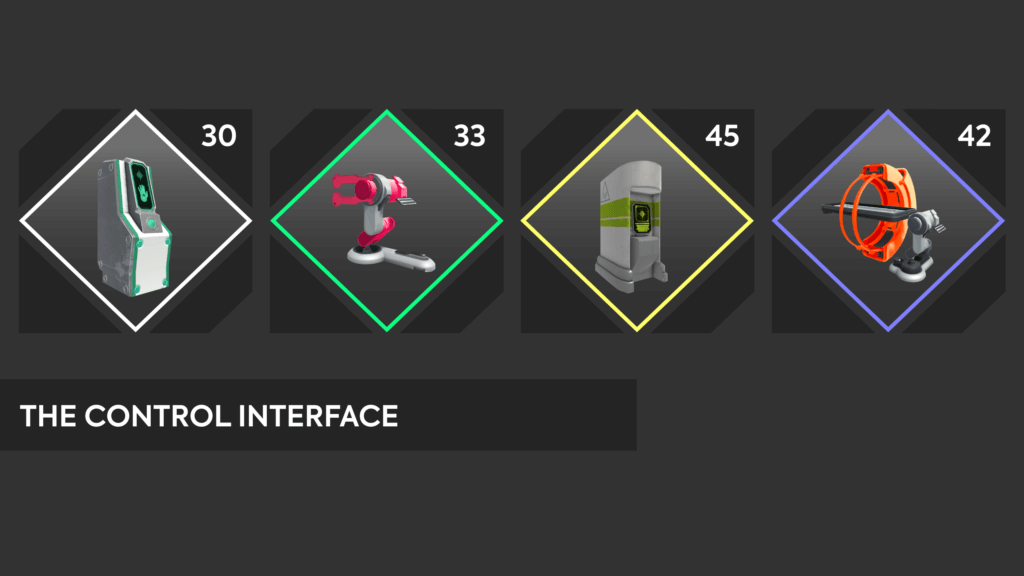 With this piece of equipment your aim precision will increase and so will the damage you deal, making your ship a keen weapon. 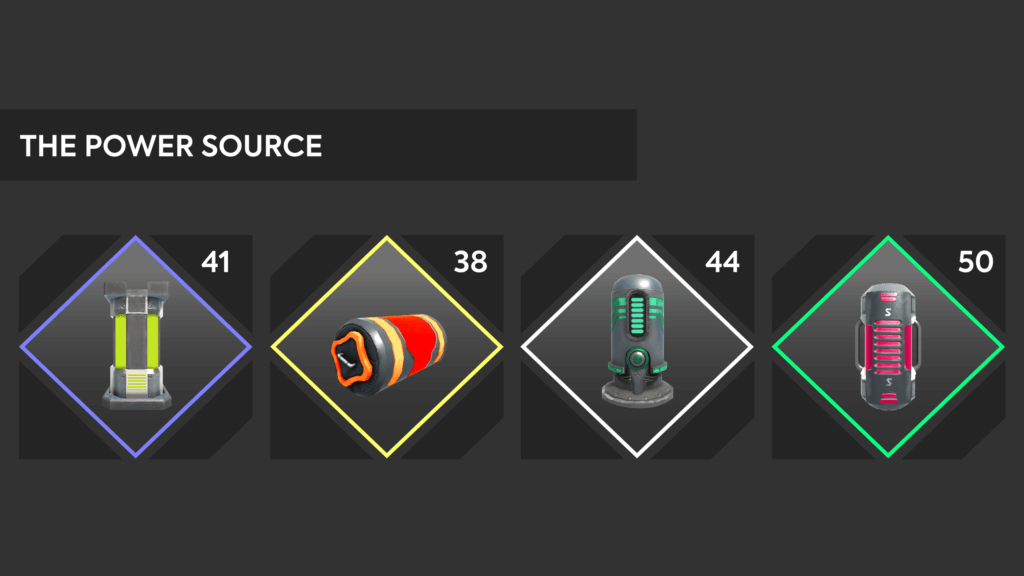 Your power source is the heart of the ship. Depending on your ship class, you can increase the power of your attacks or the resilience of your shield as well as reduce the cooldown of your ship’s abilities.

Equipment comes in various qualities. The higher the quality, the more rare the equipment is. A higher quality gives you more and better bonuses. There are 4 quality levels, each with their own unique color.

No matter the level you have achieved, the quality of your mounted equipment, or the class of your ship, there’s always room for improvement. Ship upgrades allow you to specialize even further by choosing upgrades from three categories, either by focusing all your resources on a specific upgrade, or by going for a setup which strikes a balance between two extremes.

Each level of upgrade can be unlocked or changed to another setup in exchange for a certain amount of in-game resources. There are 3 different upgrade categories:

The damage selection speaks for itself. The higher your damage upgrade is, the more damage you will do. But don’t forget that your opponents may have heavy armor, reducing how much damage you can do. To combat this, you may want to opt for a more piercing heavy setup. The higher your piercing level is, the less effective an opponent’s armor will be. 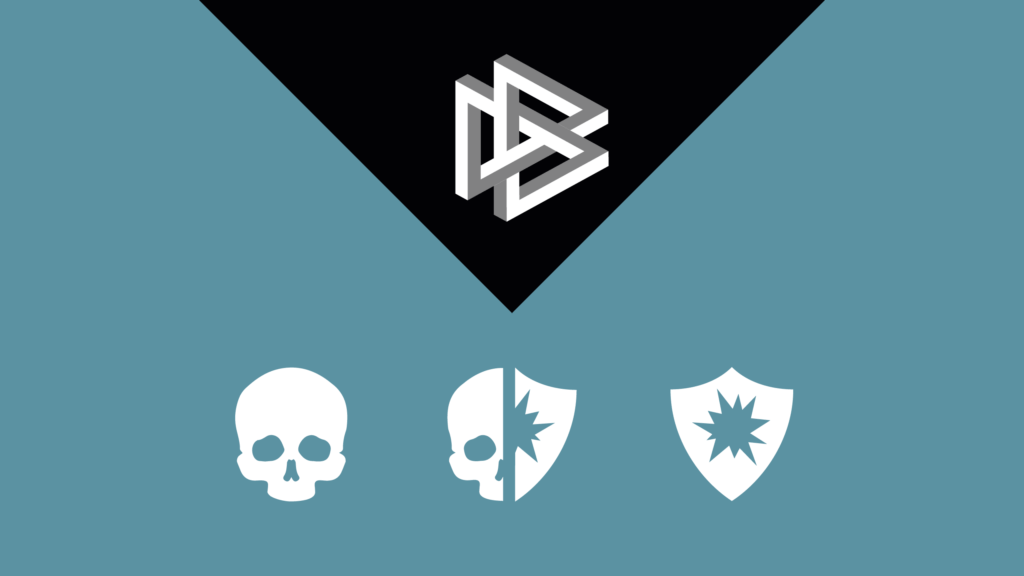 You can never be too healthy. The more health you have, the more effort is required to take you out. But keep in mind that health won’t regenerate unless you find a healing bonus or one of your teammates heals you. So maybe it’s better to go for a higher level shield instead. Before enemies can take down your health, they first have to get through your shield. And your shield will regenerate over time. 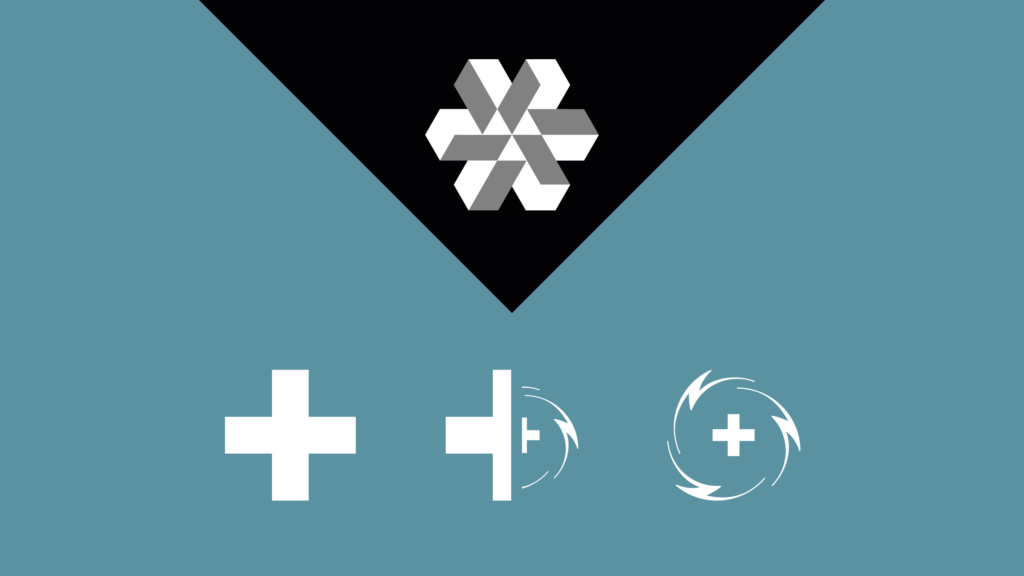 The amount of armor you have directly influences how much damage you take from an attack. If you find you encounter opponents which do a lot of piercing damage, better increase your armor. But perhaps offense is the best defense. Your enemies can’t take you out if you take them out first. So why not improve your aim, allowing you to more easily lock on to target, and take them out when they least expect it. The more aim you have, the less precision is required for you to target your enemies. 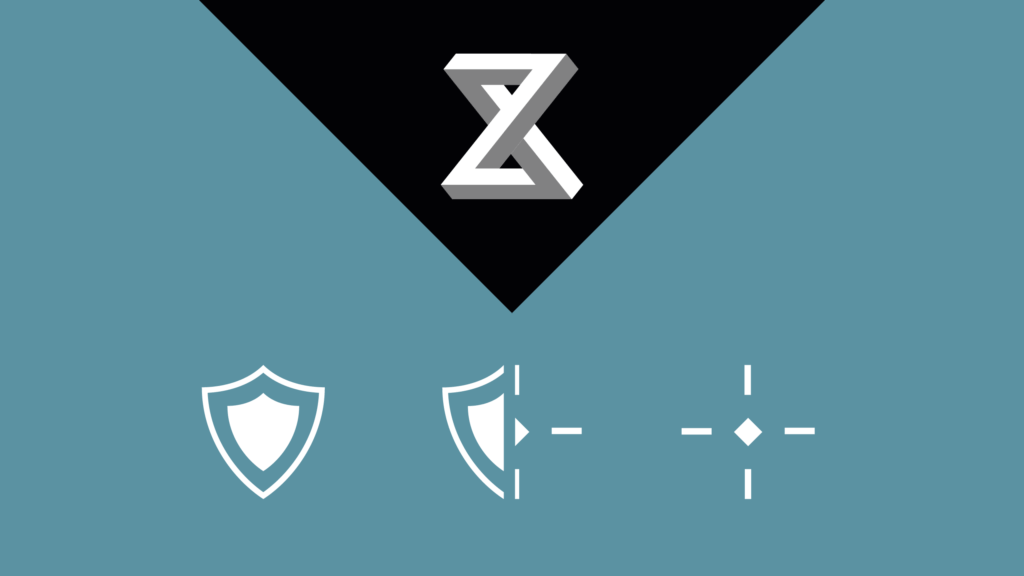 Special abilities are unique and highly effective tools you can equip, to be used in those rare occasions where you need to have the edge over your opponents. Starting at level 10, a new special ability will be unlocked every 10 levels for each ship type. 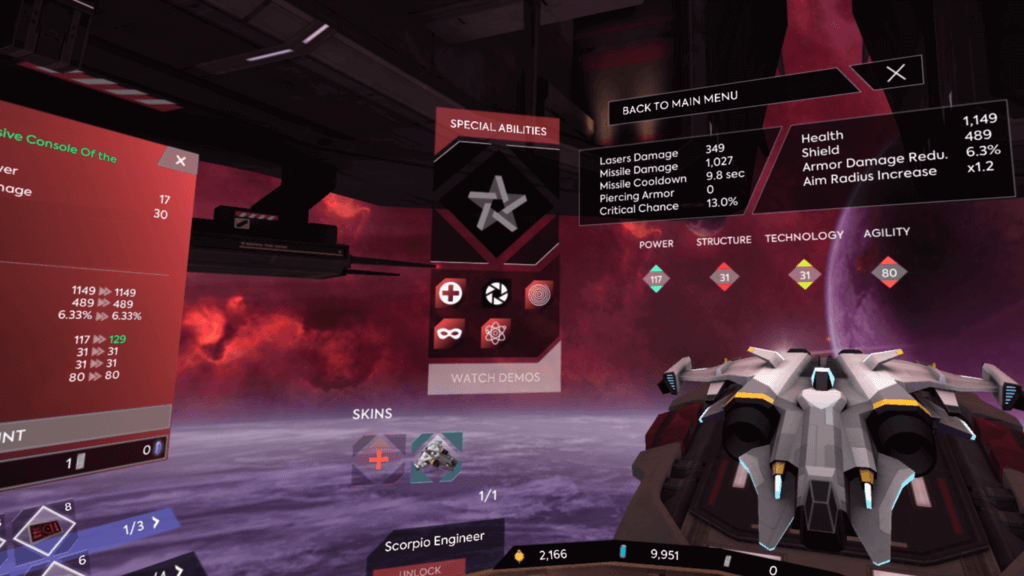 If you or your teammates are low on health, gather together and use the area repair special ability. This special ability heals you and all teammates in range, allow you to keep on fighting that little bit longer.

If you need to get out of a sticky situation, or if you wish to continue your attack on opponents heading towards you, use your backward teleporter to instantly teleport to a location behind you. Pro tip: your direction of view matters. To confuse your enemies, quickly look down and use the teleporter, to teleport high above them.

Why would you try to take your opponents down, when you can force them to take themselves down. Use your stun field to disable their weaponry and have them lose control over their ship for a period of time. Deploy it at just the right time to force them into a crash.

Your enemies can’t target you if they can’t see you. Use your phasing device to become invisible for a period of time. This ability is especially useful if you need to get out of a sticky situation, or if you’re looking to get a better angle on an opponent for an unexpected attack.

Your opponents’ weapons are only a threat if they function. Particularly sensitive to EMP blasts, this special ability allows you to take their weaponry out for a while, giving you some time for a carefree attack, while all they can do is try to escape.

Your ship is more than a collection of abilities and stats. It’s your in-game identity. So why not express yourself. Each ship comes with a standard skin, and a set of 8 unique additional skins which can be purchased in exchange for in-game resources.

But no matter what skin you use, your primary weapon visuals as well as your ship’s trails change in relation to the level you have achieved in-game, allowing other players to quickly determine your status. And for those who achieve the illusive level 50, your ship’s appearance will get a visual upgrade, leaving others in awe of your progress.