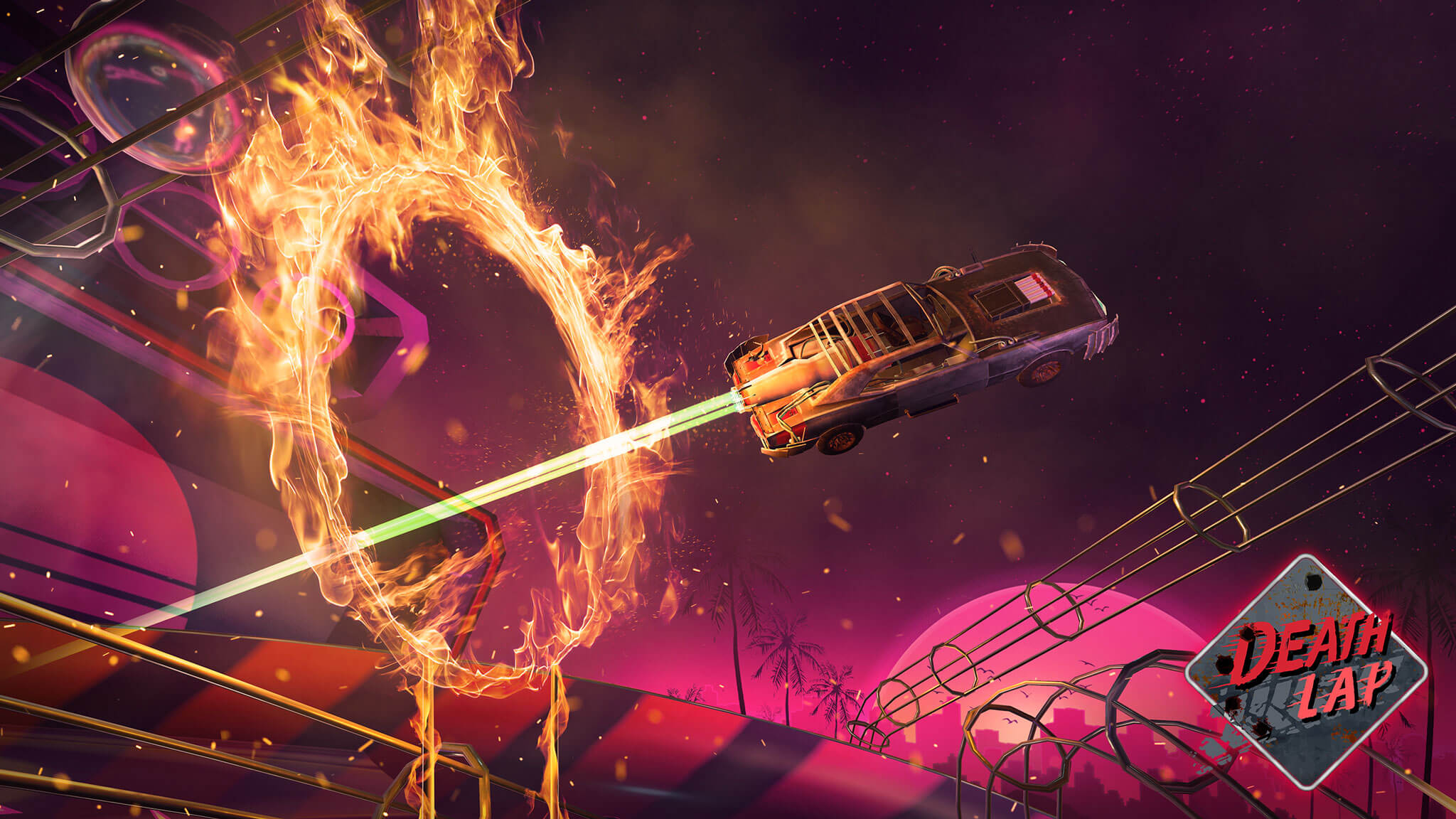 Camille Müller joined OZWE Games as an Art Director in January 2015. Anshar Wars 2 drove her into the world of video games, which was pretty new. In 2016, she won the GDC European Pitch Night for Anshar Wars 2, our best-seller video game on Gear VR in San Francisco. She has led the art direction in three of our games: Anshar Wars 2, the most popular of our Anshar series; Anshar Online, our first MMO, and Death Lap, reached the top 3 selling-app on the Oculus Quest this past weekend.

We sat down with Camille to get to know more about her role and experiences during the art direction of Death Lap.

How long has Death Lap been in development? Any fun anecdotes to share?

18 months. After Anshar Wars, Anshar Wars 2, and Anshar Online, we wanted to make something different this time, not a sci-fi flying game. But we had become experts in motion-based games, with a moving camera without making the players sick, it would have been a shame not to use our expertise… So we thought about making a racing game. That’s how the idea of Death Lap came up.

What kind of reception have you seen since announcing the game?

People seem to like the visuals they have seen so far, it’s encouraging! And, we won the ‘Best VR Game’ gold category at the Halo Awards organized by VR Days Europe this past month in Amsterdam! This is clearly a sign that the game is going to have a great reception. ^^

What’s your favorite part of the game and why?

The character of Nitro Saint-Payne and his craziness.

The character of Nitro is going to make everyone talk about; so far, players love him or hate him, but no one is indifferent. He’s a machiavellian megalomaniac character, tyrannic with everyone around him. Too bad, his technical TV crew is always messing things up, making glitches in the rendered videos, or revealing the green screen. He does not take this very well, as you can imagine.

What can you tell us about the game’s campaign?

I really like colorful environments! It became our signature since the first game we made, so Death Lap is no exception, all the maps are full of bright colors. The races take place in various environments, to give the player a chance to have a favorite track.

How did you build upon lessons learned from your earlier work in VR?

As we create VR games since 2014, we know better and faster where we have to put the efforts with efficiency. We know a bunch of tips and tricks, for instance, to have nice VFX with only a few particles, a simple UI, beautiful environments with few triangles… We are working hard on what’s going to be in front of the player’s eyes and save time on what’s going to be far away. It’s key to keep on track with deadlines.

What does VR add to the game that wouldn’t be possible in traditional flat media?

You feel like you really are in the car, shooting other players, turning your head to see the opponents behind you… it’s like reality without the hits, haha.

What’s next for you? Any exciting updates in the works?

Let’s see what the players of the world are asking for!

Even if you’re not that good in shooting or driving, it’s fun anyway – that’s my experience!

Take the wheel in Death Lap, now available on