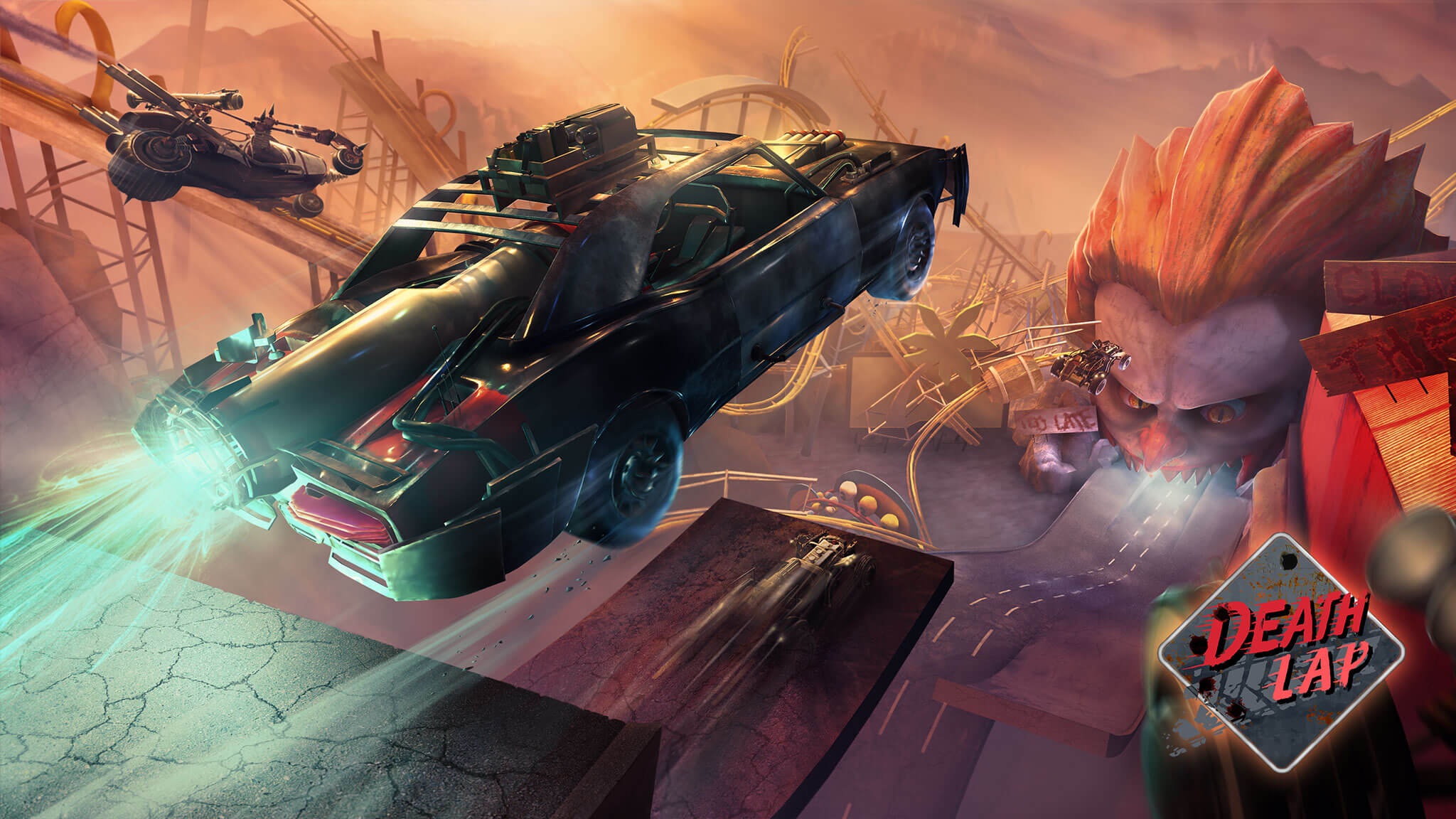 Last week, OZWE Games launched Death Lap, a frenetic VR Combat Racing Game. Death Lap puts the players behind the wheel in a darkly annual tournament held once a year. Behind it, all is the host, Nitro Saint Payne – a tragic man with a definite need for speed.

Yoan Santelli, Game Designer, and Game Developer joined the OZWE team in 2015. He is one of the highly skilled developers behind the success of the Anshar series. Anshar Wars 2, renowned for its success on Samsung Gear VR, was made compatible with Oculus Rift, becoming the first cross-game and cross-buy ever available on both models.

We sat down and talked about his work during the development of Death Lap.

How long has Death Lap been in development? Any fun anecdotes to share?

18 months, but the project was in the back of our heads for some time now. Every previous project leads to this one.

What kind of reception have you seen since announcing the game?

People are very curious about the game. We received a lot of questions about the controls, cars, and weapons. It’s a good thing.

What’s your favorite part of the game and why?

One of our testers screamed when she had been eaten by the giant fish. She didn’t know it was there and she got right at the right place to be eaten.

What can you tell us about the game’s campaign?

The game’s campaign evolves with the player skills and knowledge more than just unlocking race after race. The more the player plays, the more he learns on each car and track. With this knowledge, he will improve race time, score, etc.. And this is where the AI level up to match the player skills. Really good players will battle against very strong AI opponents.

How did you build upon lessons learned from your earlier work in VR?

What does VR add to the game that wouldn’t be possible in traditional flat media?

Immersion. Moving your body to shoot backward, aim with your arm, turn your head to see an enemy coming from the side.. All those kinds of interactions are so much funnier when you do it with your body instead of just pushing buttons on a controller. You forget really fast about how to control your character and focus on the actions you want to make. You are the character.

What’s next for you? Any exciting updates in the works?

Based on the reception of the game and the comment of the players, sustain and improve.

Save some energy for your shield if you plan to stay in the first position.

Take the wheel in Death Lap, now available on