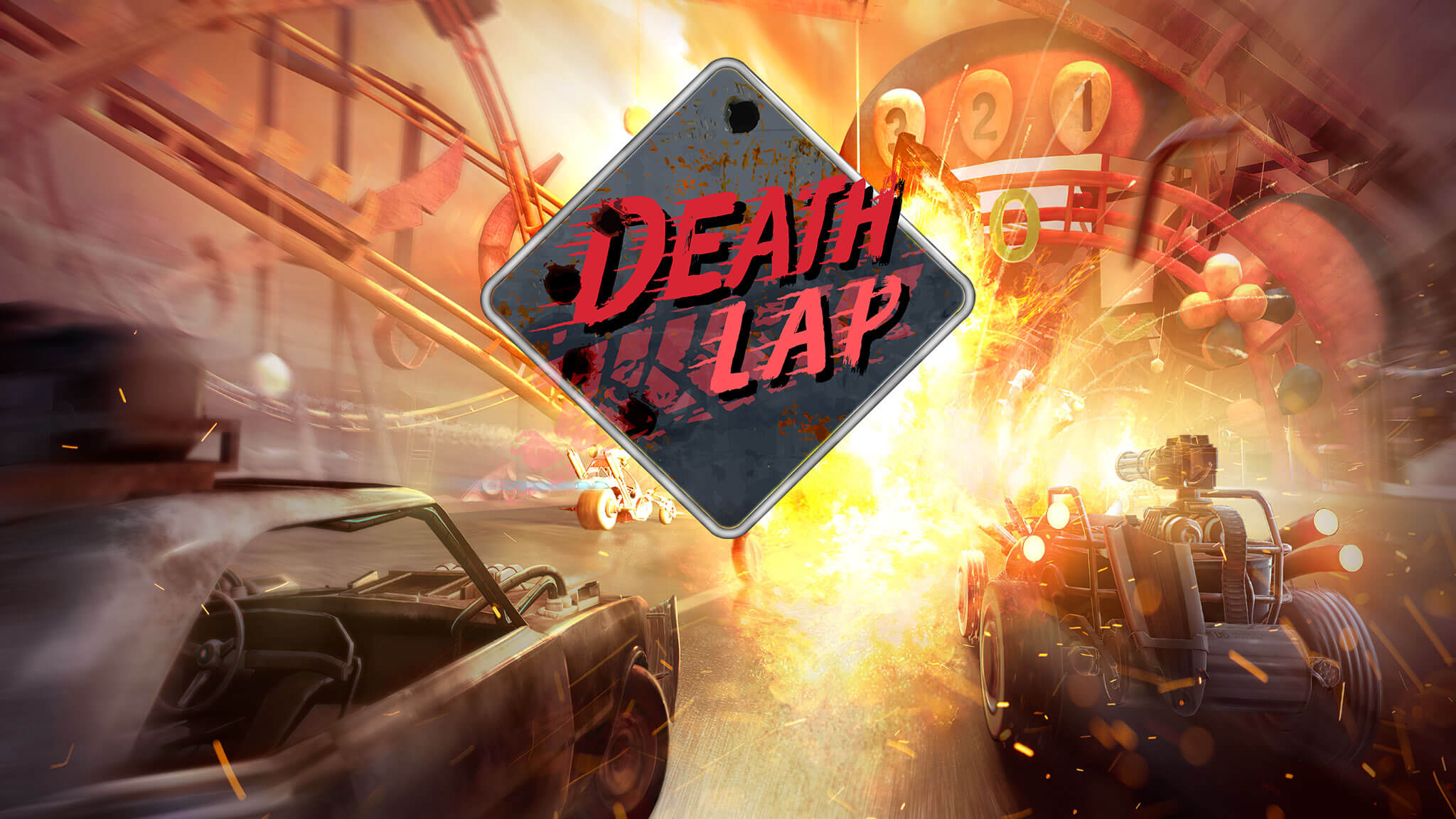 Not all racing games are created equal, and today, we’re thrilled to introduce a new title that challenges you to drive to survive. Coming soon from OZWE Games to Oculus Quest and the Rift Platform, Death Lap pulls no punches and breaks all the traditional rules of the road. Buckle up because if the speed doesn’t kill you, the driver next to you just might.

Fans of the Anshar franchise should be well familiar with OZWE Games, a disruptive VR dev that’s been making strides in the industry since 2014 and the Gear VR Innovator Edition launch. In their upcoming release, they’ve mashed up a Twisted Metal tribute with the zany antics of go-kart-style racing games like Mario Kart for a darkly comic racing game that will have you howling with laughter even as you put your life on the line. The game takes its name from an annual tournament held once a year, where drivers wield deadly short- and long-range weapons and the first to cross the finish line wins. Behind it all is the host, Nitro Saint Payne — a marvelous yet tragic man with a definite need for speed.

Oculus sat down with OZWE Games CEO Stéphane Intissar to get the inside track on Death Lap: read the interview on the Oculus blog!