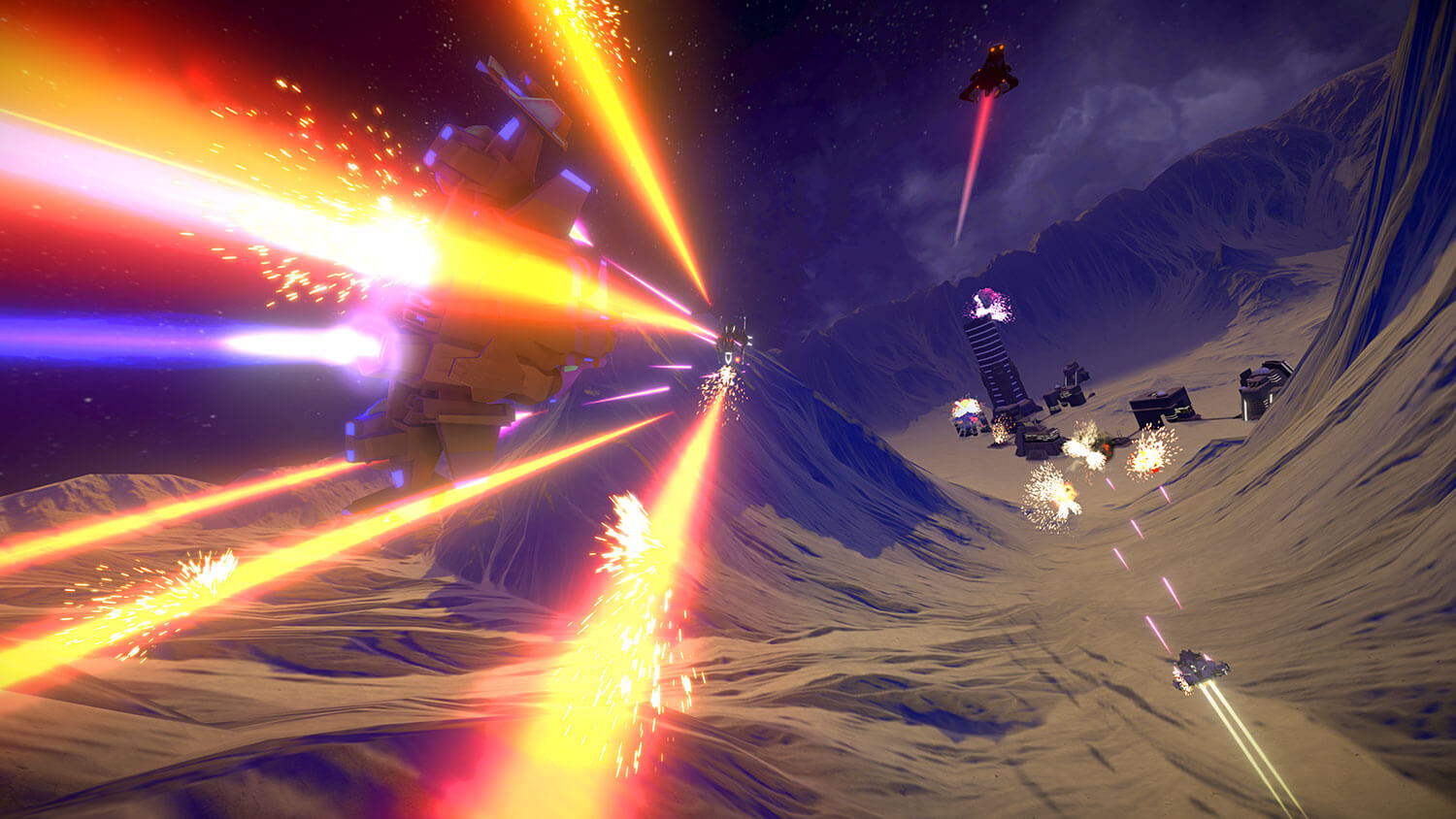 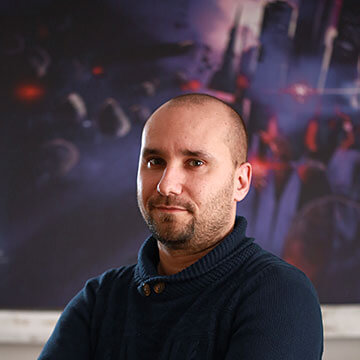 Yoan is Game Designer and Game Developer working at OZWE Games in Lausanne and living in France. He has worked in game design and game development for the last ten years, gaining experience in mobile, PC and Virtual Reality (VR).

He is one of the highly skilled developers behind the success of Anshar Wars 2 and Anshar Online. An expert of the Unity engine, exceptionally trained in cross-play and cross-platform, together with a solid knowledge in mobile VR optimisation techniques.

Yoan explains that he designed the game conceptualization principles and created approximately 50 levels, to do so he developed two types of mission: stories and contracts. He mixed complex and simple levels to balance the work and gameplay experiences.

Precisely, he handled all the specific events for each mission such as the synopsis, the difficulty level, the playing time, the hazard, the enemies and allies, the targets, the rewards and so forth.

In Anshar Online, each story is unique, different and particular containing several stages and multiple objectives. Uniqueness is fascinating and sophisticated at the same time. This is why programming takes longer time.

In the beginning, the player has to learn the basic mechanism of the game, so the stories are easy to play but engaging. The gamer, step by step, gains experience, skills and progresses towards more difficult challenges.

He set order for all the stories but some may be played in the order the player wants. Each story contains some interesting points like enemies wandering the area, some resources spawn point that the player could farm and sometimes a big foe.

Yoan took around two weeks to do the code for one story mission and two weeks more for fine-tuning, so a total of 14 months of work to complete all the stories.

Yoan explains that he built a predefined system with five types of contract. All with different purposes. For instance, in the destroy contract, the goal is to kill your enemies in the allocated area, while in the escort contract, the aim is to protect for a determined period. Or in the chase mode contract, gamers chase the prey and so forth. This system allows them to duplicate missions much faster with only two changes per contract: the environments and the enemies; the rest stays unchangeable.

Yoan’s preferred missions are the stories and the contracts of chasing where one hunt two or three opponents. 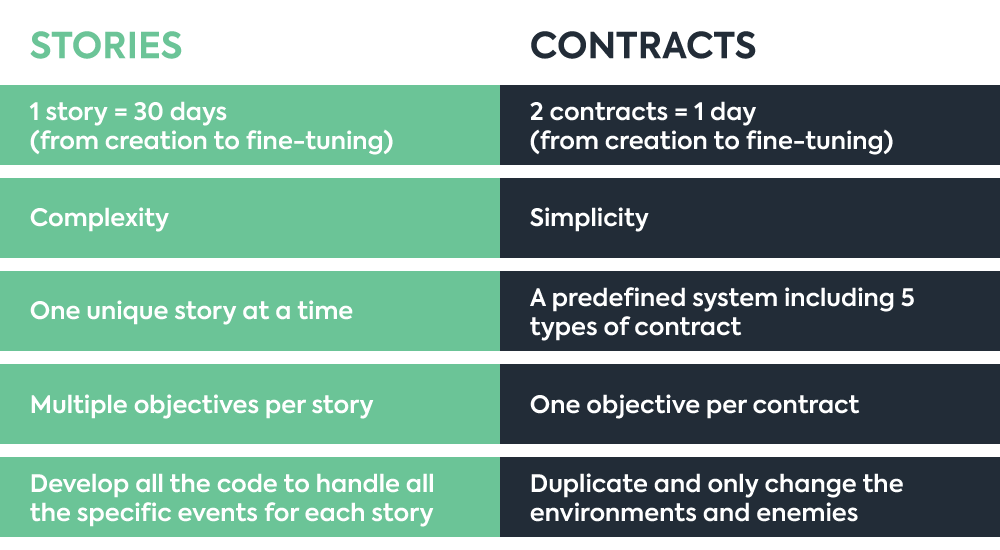 The levelling is based on the players’ experience point (more commonly, XP) and ranges from level 1 to level 50. At the beginning of Anshar Online, the gamer is level 1 and by the end of the stories mission, the player is around level 30.

Players can earn XP by completing stories, contracts and assaults. There is no minimum level required to play an assigned mission, but the enemies do have a minimum level for a given mission. However, some missions can be too hard if the player doesn’t have enough strength and practice. Ideally, the players evolve between missions so that they become stronger and more powerful to play the next missions, explains Yoan.

The aim of designing this particular system is to:

The multiplayer challenge is to allow any gamer to join a friend at any stage of the game and also favouring friends to play together even they have very different levels and of course, without changing their status, says Yoan.

The replay value is based entirely on the challenging AI, a wide variety of missions to accomplish, dynamic environments and a rich array of spaceship classes and visual customization.

Yoan explains that he intends always to offer a challenge whatever the level of the player. Balance the in balance progression between gamers in favour of group play. Everyone moves at the same speed; then it is the player’s choice to gain experience and skills.

He also created “the sidekick” system where all the gamers and all the enemies get the level of the player that has a higher level. In this case, all the players’ stats are recomputed as if the player was this higher level. However, the XP won at the end of the mission and the items looted are chosen from the real player’s level.